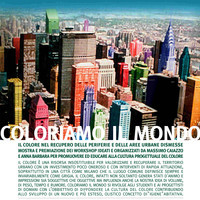 Colour in the recovery of suburbs and disused urban areas

IVM Chemicals is the main sponsor of the exhibition (24th-28th April 2009, Milan) and awards ceremony of the five workshops on "Coloriamo il mondo". All workshops had the purpose of recovering suburban and disused urban areas and were reserved for students of different academies, schools of design and universities (IACC - International Colour Consultant Association, Politecnico di Milano, NABA, Domus Academy, Accademia Cignaroli di Verona). 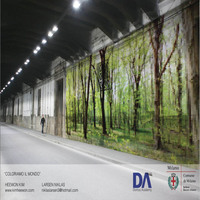 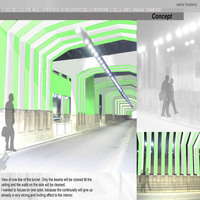 Mr Roberto Marzi, President of IVM Chemicals participated in this event as part of the jury and gave a speech titled “A new generation of paints: wood, colour, and environment”.

After a brief introduction about our Group and IVM Chemicals, the presentation mainly focused on the advantages in the use of wood as a building material. It also underlined the fundamental role of paints as the element guaranteeing excellent technical and aesthetic performances.

The winning projects were chosen by the jury from among the 19 selected works submitted by the students of NABA – The New Fine Arts Academy of Milan; Cignaroli Academy of Verona; Domus Academy; Politecnico di Milano. All the works were displayed at Spazio 30 in Milan, from 24 to 28 of April.

The first prize and a scholarship of 1,000 Euros granted by IVM Chemicals, was awarded to the project “GREEN TUNNEL” by Heewon Kim and Larsen Niklas, students of the Domus Academy of Milan.

The second prize went to “TUNNEL”, a project for the renovation of the tunnel adjacent the Central Station of Milan, by Celine Switzeny, also a student of Domus Academy.

The third prize was awarded ex-aequo to two works: the project on “Piazza San Sebastiano” in Verona, by Debora Giacinti, and “Colours for a new living”, on Verona Public Housing, by a group of students: Mazzone, Toniolo, Bolla and Schanung. All third prize winners were students of the Cignaroli Academy of Verona.

A special prize by IACC (International Colour Consultant Association) was awarded to NABA student Beatrice Cossutti, for her work on “Piazzale Corvetto”. 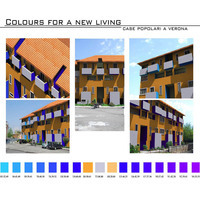 Colour represents today an irreplaceable resource for valuing and recovering the territory since it does not only produce an association of feelings and impressions, both objective and subjective, but it also influences our ideas of volume, weight, time and noise. It is a new frontier in the research that is now opening the human understanding toward a more extended, holistic concept of "living hygiene", A renewed awareness of "making the landscape" while respecting human sensitivity, uniqueness and "diversity" (as opposed to darker eras, of a "regime", where even at the urban and building levels, the law of a collective levelling, ideological annulment of individual specificities prevailed), But with knowledge comes responsibility: the "urban chromatic palette is a constant presence that besides symbolizing the architectural scenario, will contribute to the generation of an emotional climate (harmonic or disharmonic, portent of synergy or dissonance) in all the citizens who, by necessity or choice, by living it, will find themselves having it constantly under their eyes.